The artwork and practice of Tim Rollins and K.O.S. (Kids of Survival) is the perfect archetype of art as collaboration, activism, and pedagogy. Their work was part of a widespread experimentation of combining narrative and form that characterized much of the art made in the 1980’s.

The group began when artist Tim Rollins developed a curriculum to merge art making with reading and writing skills at a junior high school, Intermediate School 52, in the South Bronx. To make these literary paintings the group distilled a book’s narrative to a single motif and painted variations of that motif on the source material, the book pages themselves. The students functioned like a workshop or a collective spending long periods of time working together. The group’s main activity consisted of studying a literary text and sketching to later democratically decide which individual variations are included in the final composition with Rollins overseeing the whole process.

In 1998, Tim Rollins came to the University Art Museum to host what was called a Special “In Public” Creation. Students from regional middle and high schools participated in the event that took place on the first floor of the Art Museum while the second floor functioned as an optimal viewing space of the collaborative artistic process used in the creation of a Tim Rollins and Kids of Survival (K.O.S.) project. Over the course of three days, students read and acted out scenes of Shakespeare’s A Midsummer’s Night Dream as well as painted individual flowers––their chosen motif related to the text. The group mutually decided which flowers would be collaged onto the play’s pages. This yielded twenty-four final pages that were displayed as a series at the University Art Museum in the spring of that same year. The work was donated to The University at Albany Foundation’s permanent collection and is currently on view in the museum’s Collections Study Space.

Funding for the Collections Study Space is provided by the Henry Luce Foundation American Art Program. 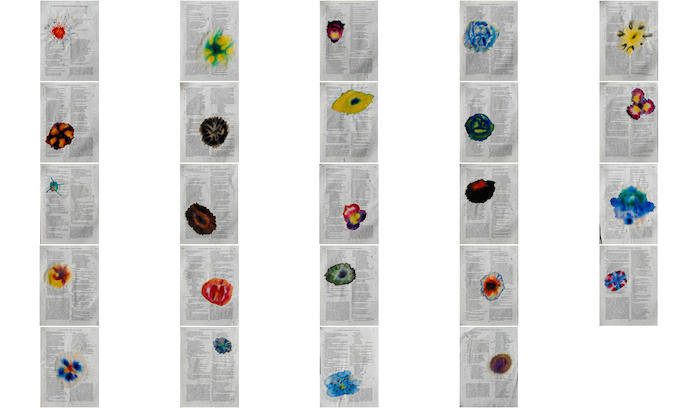 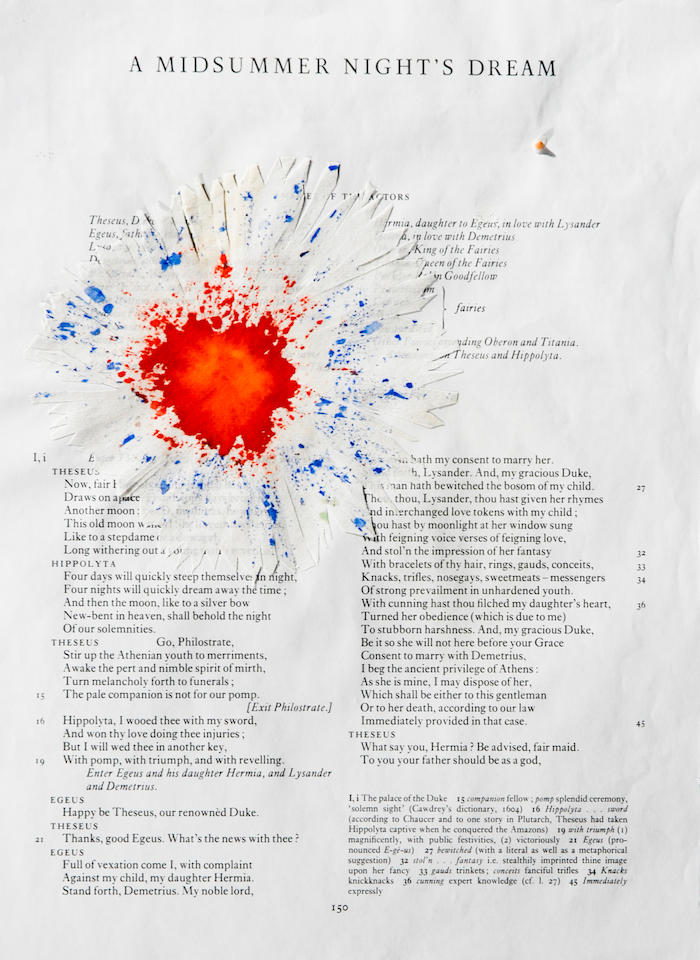 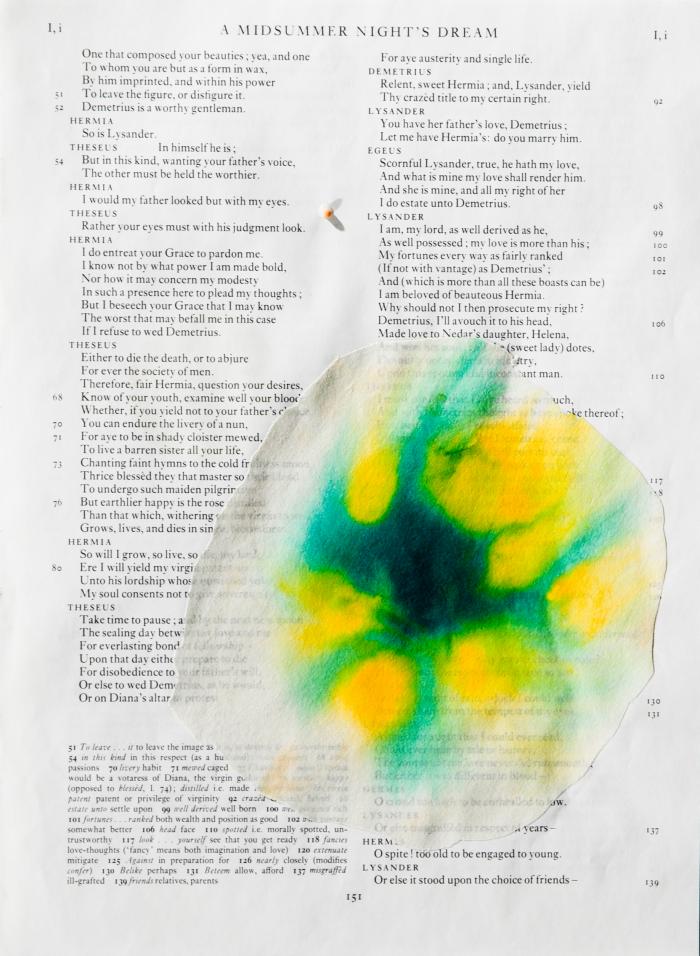 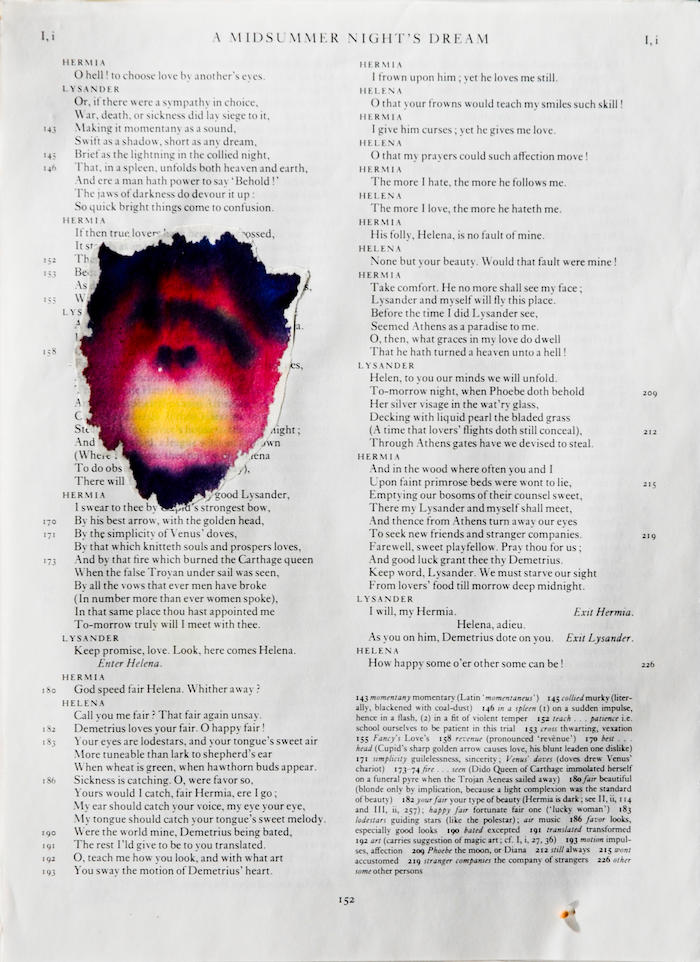 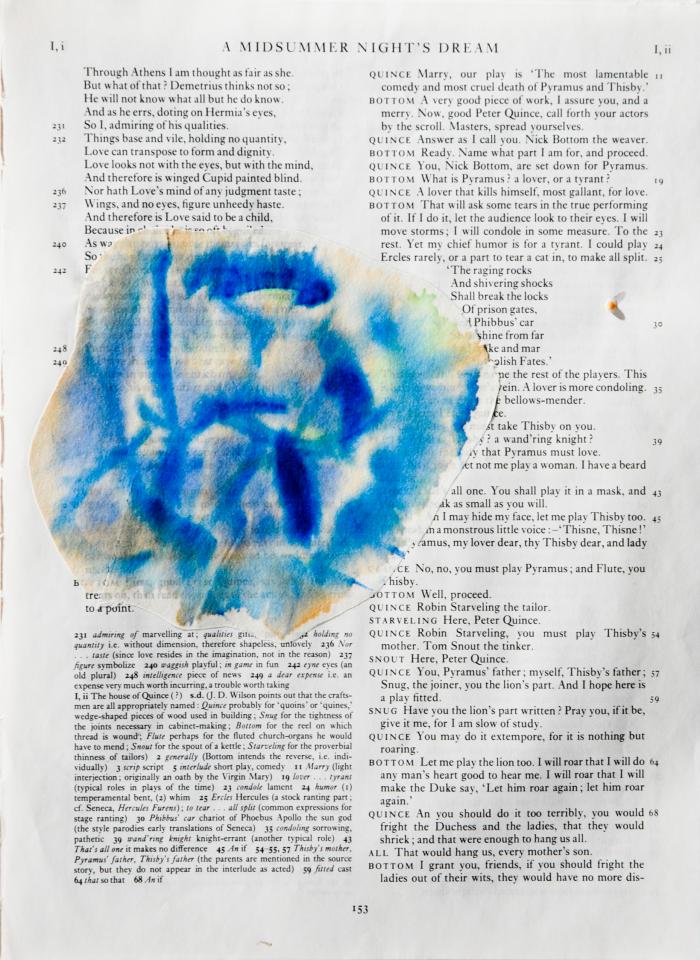 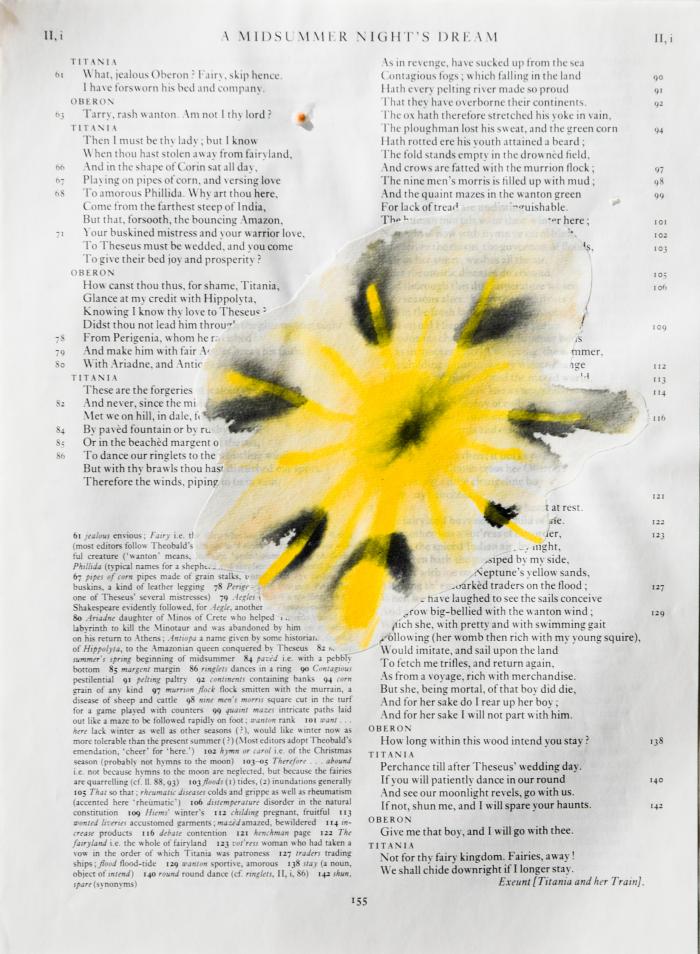 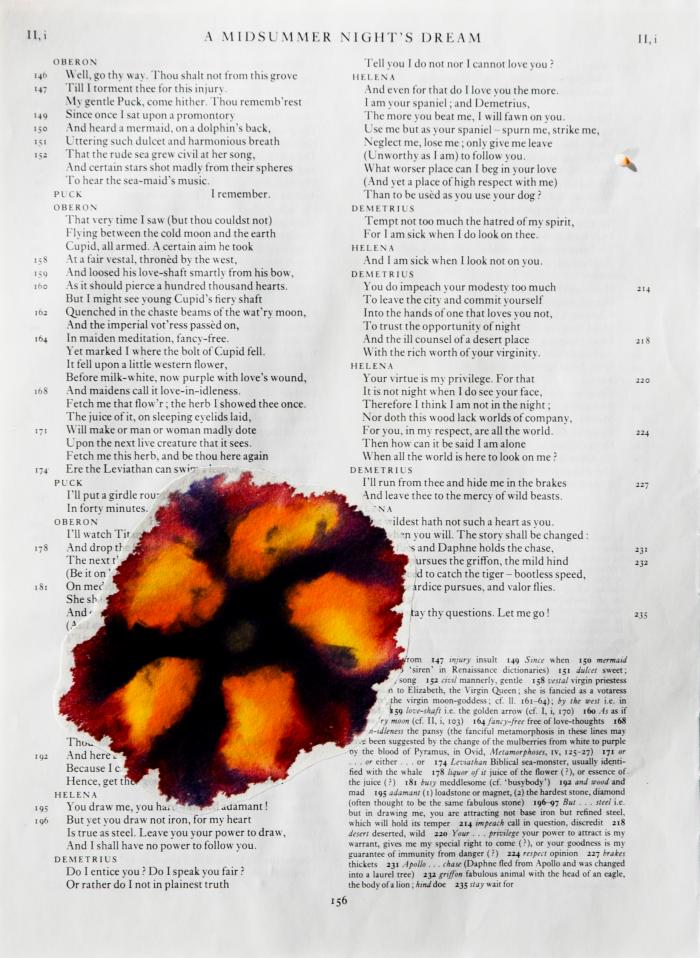 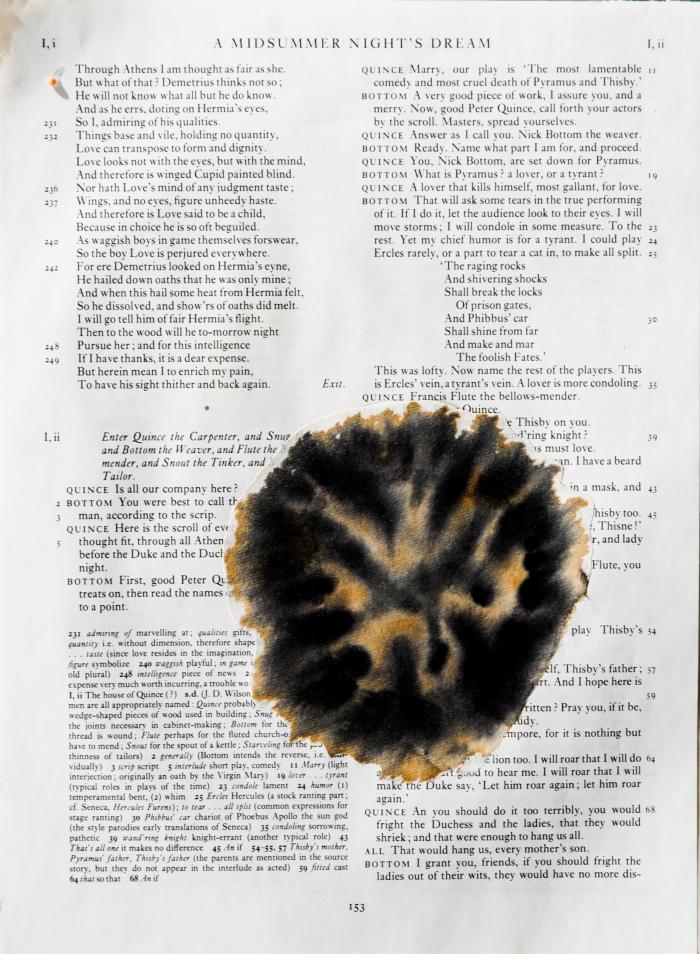 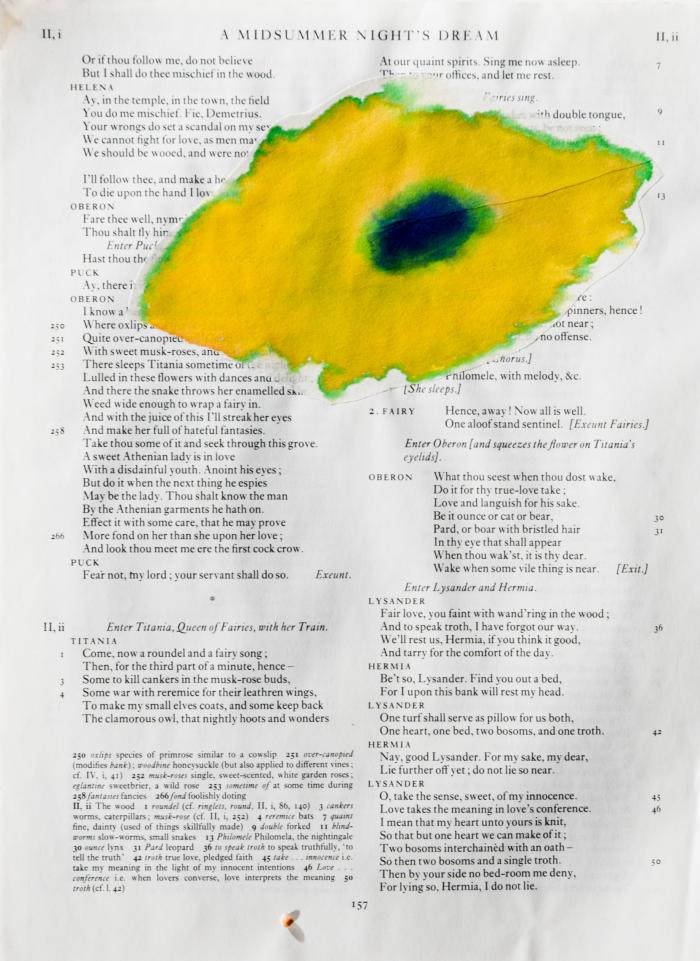 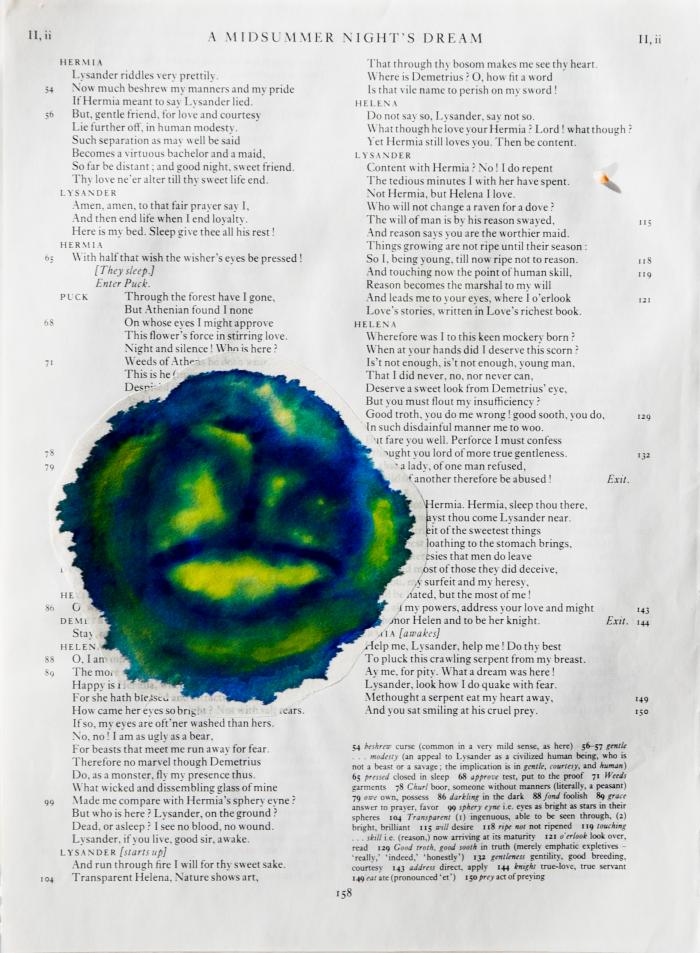 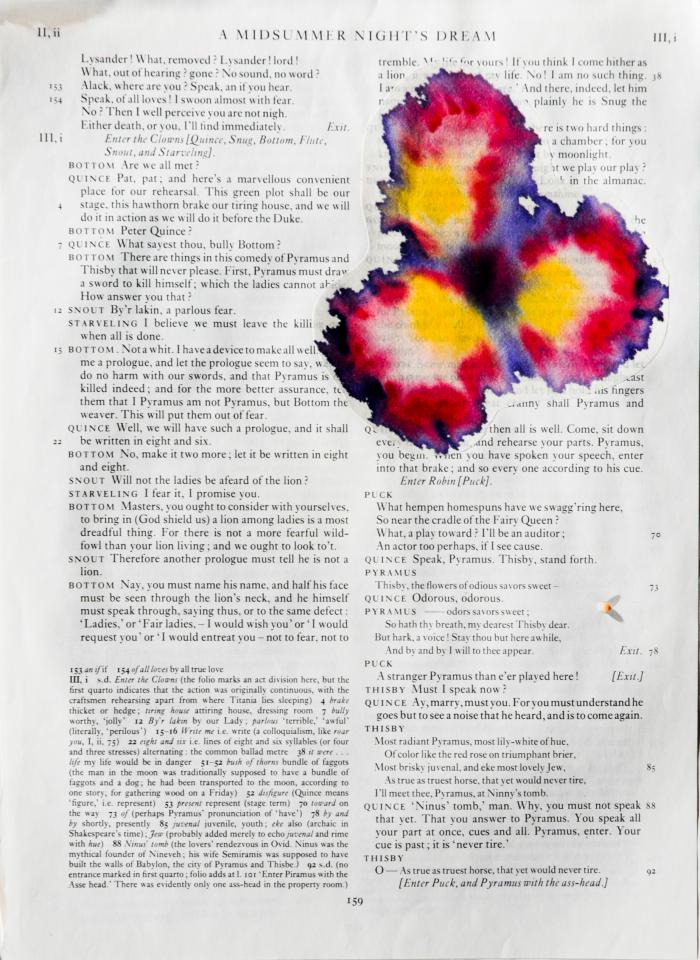 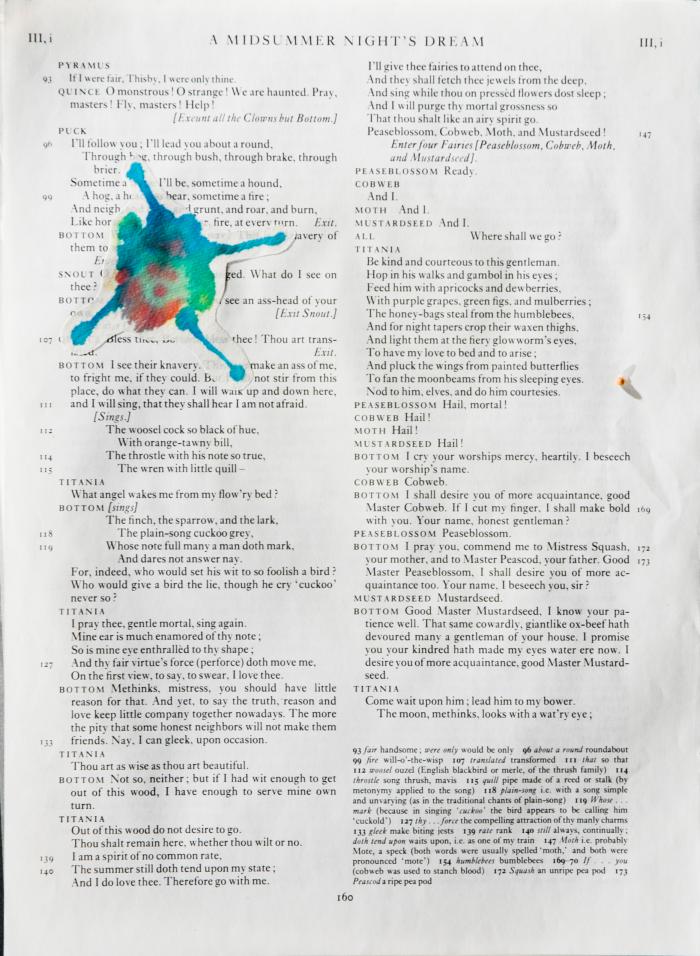 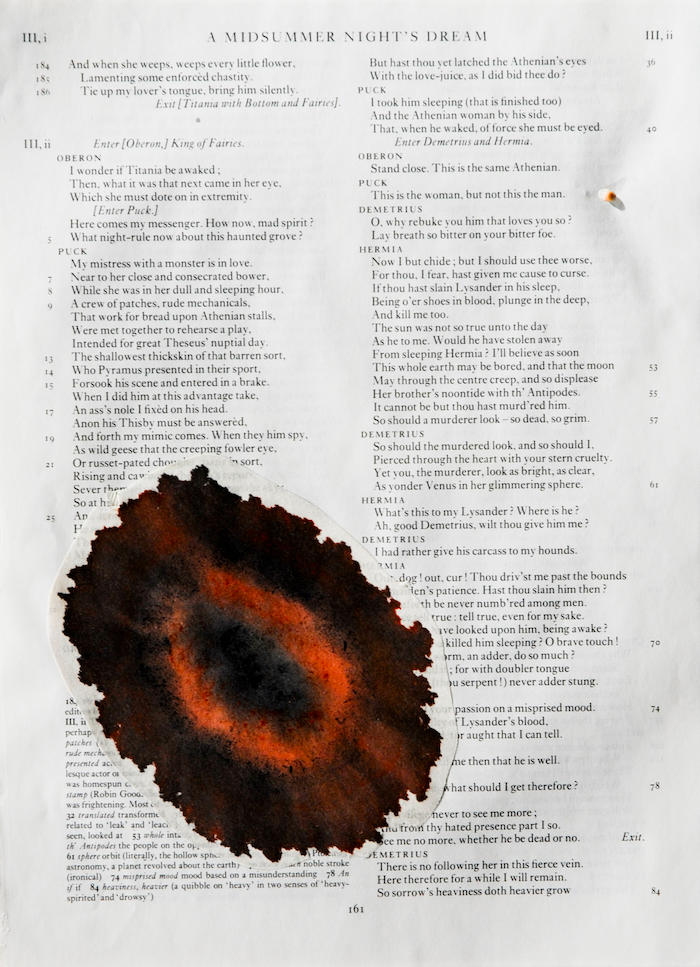 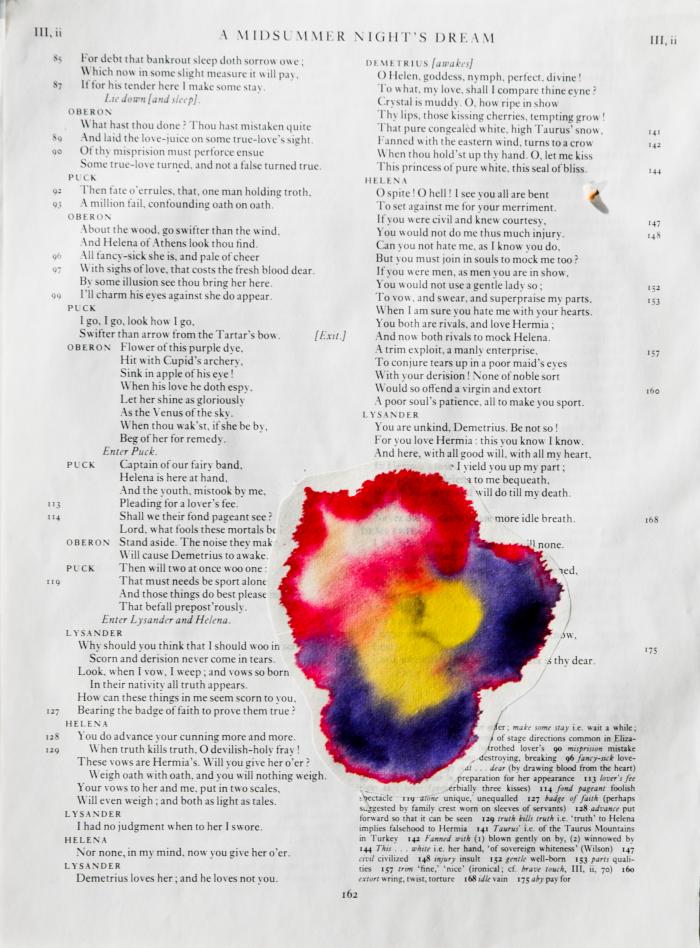 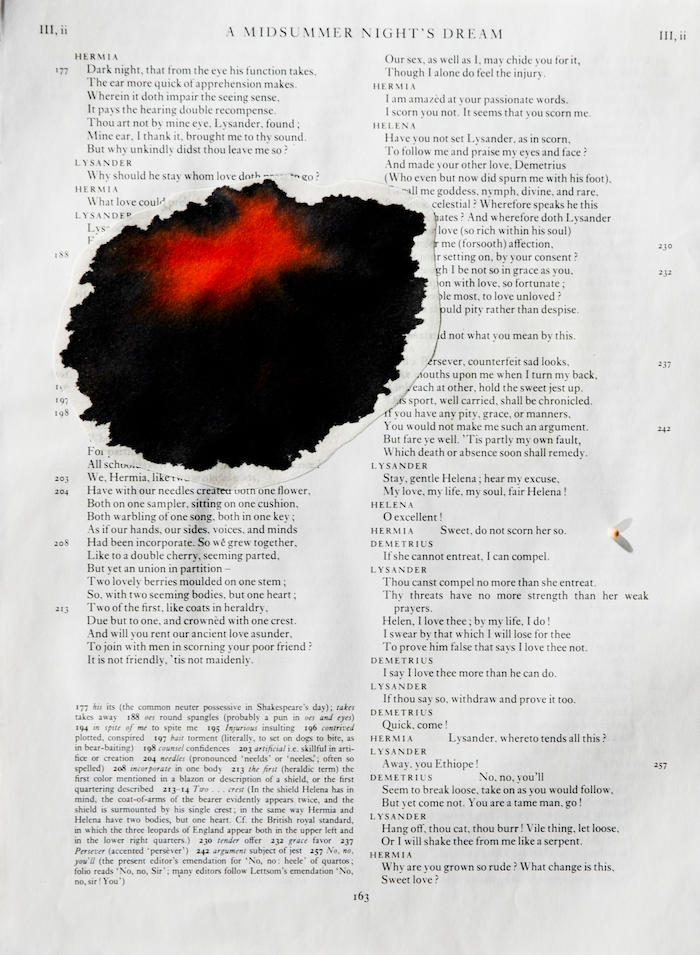 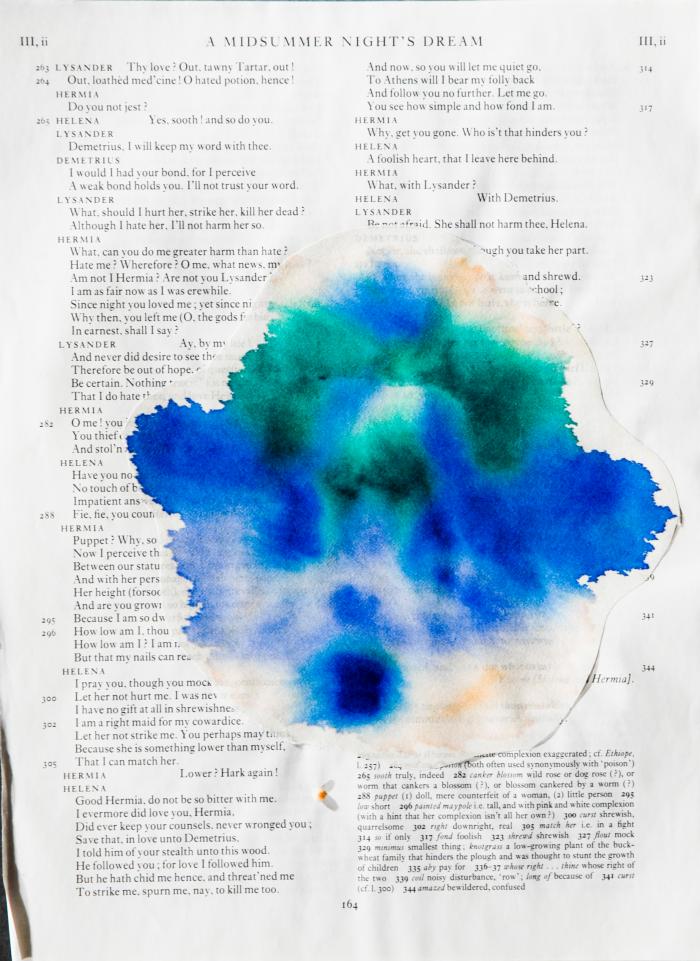 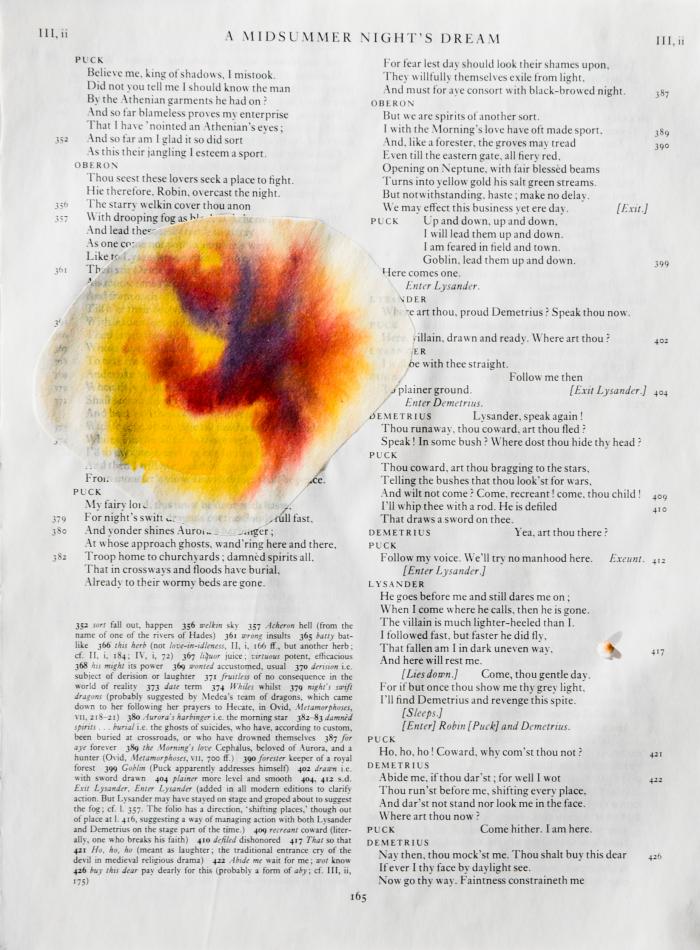 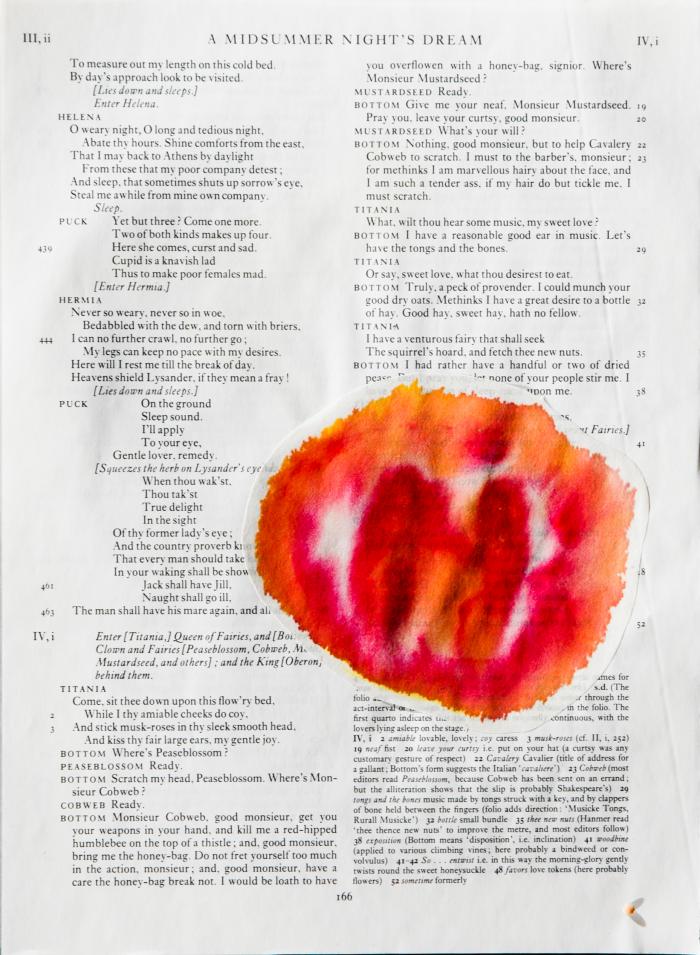 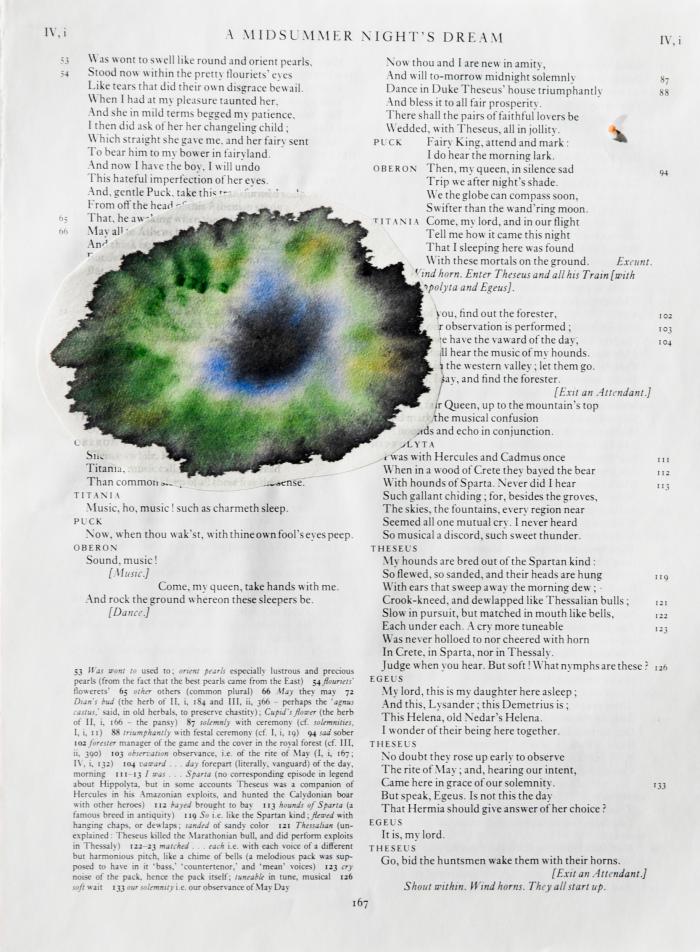 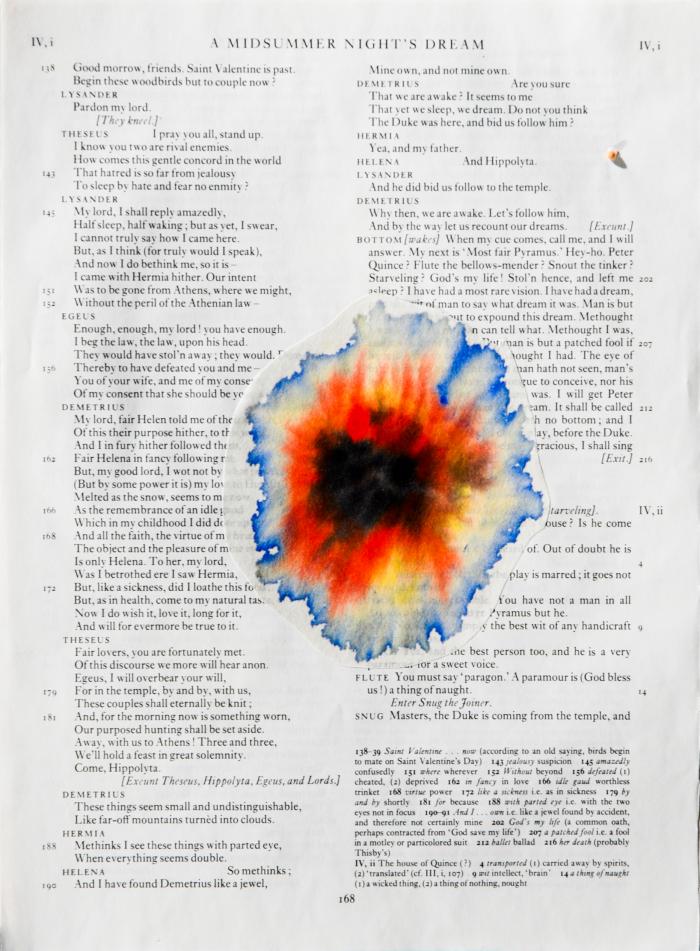 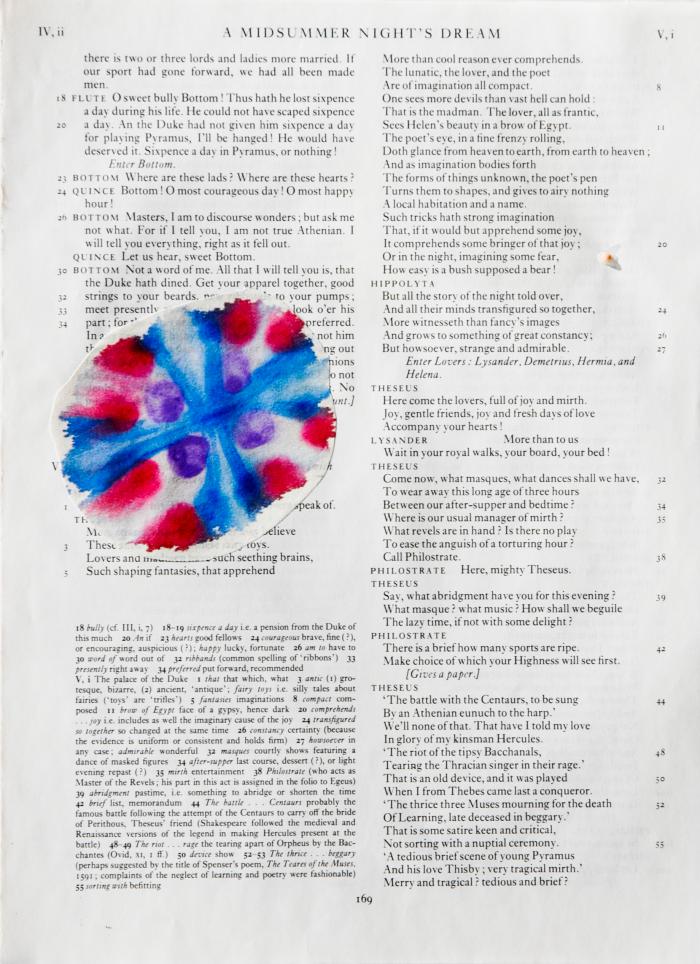 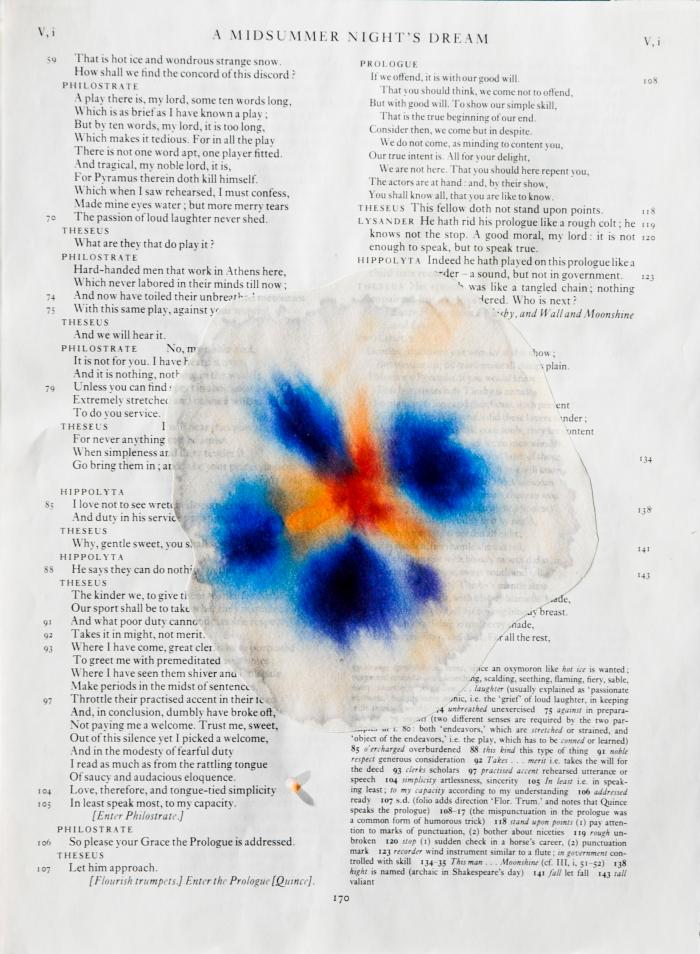 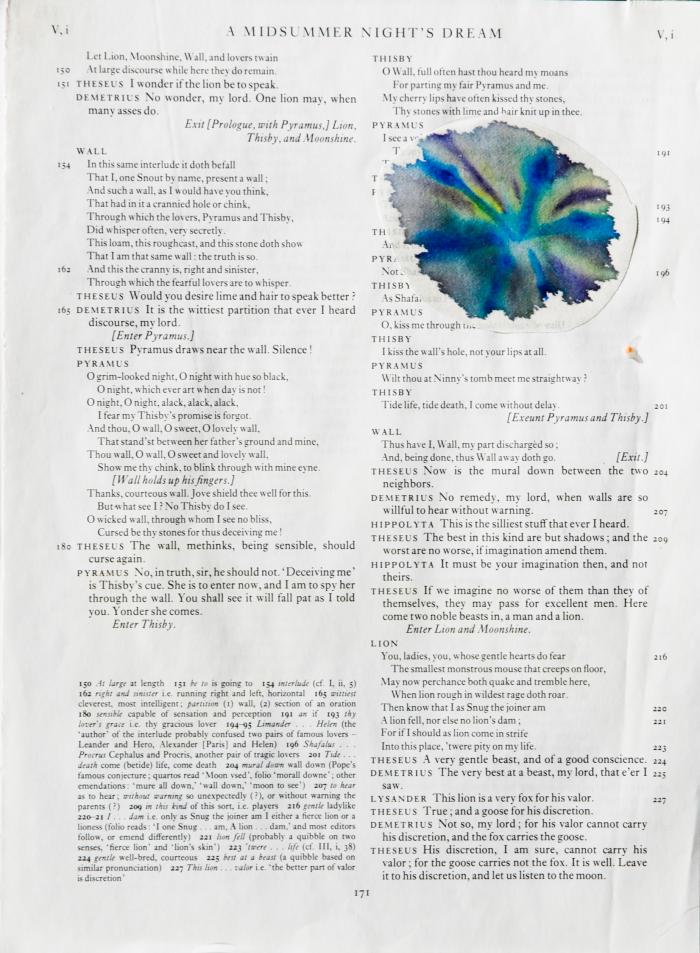 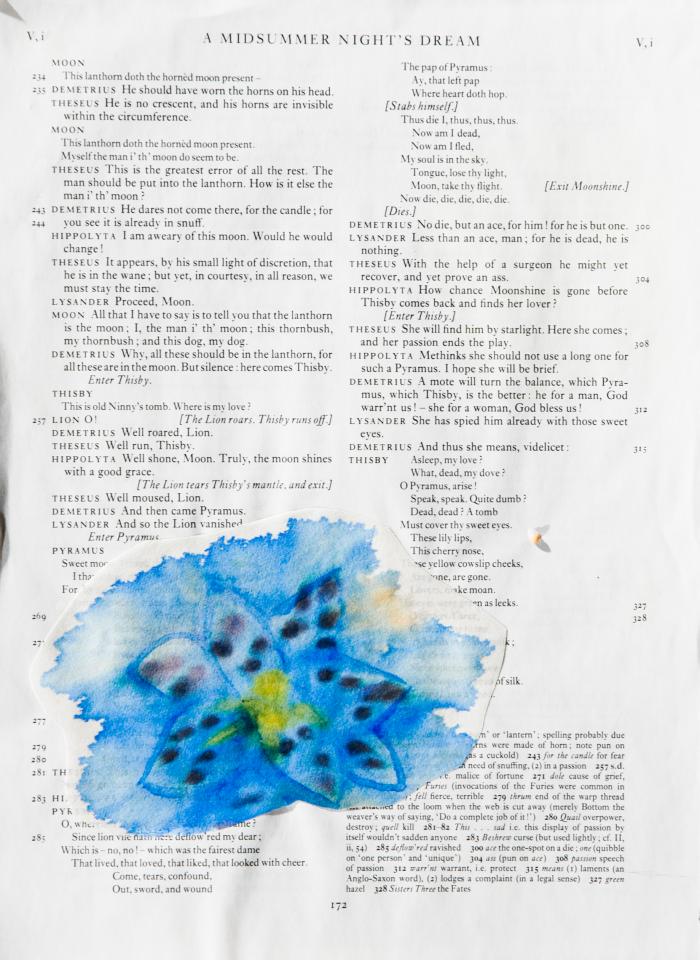 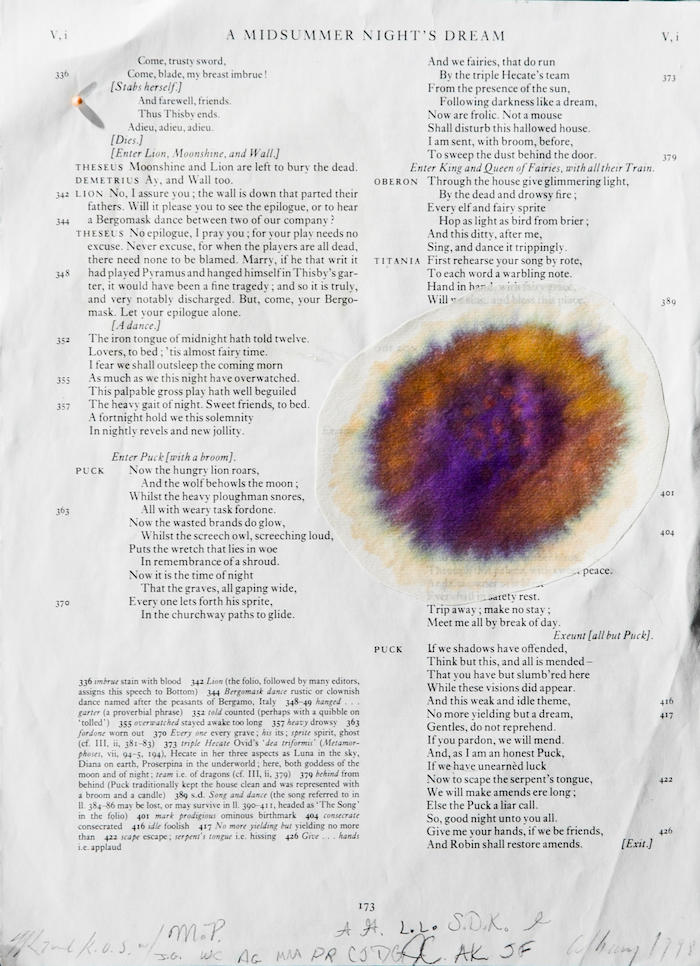