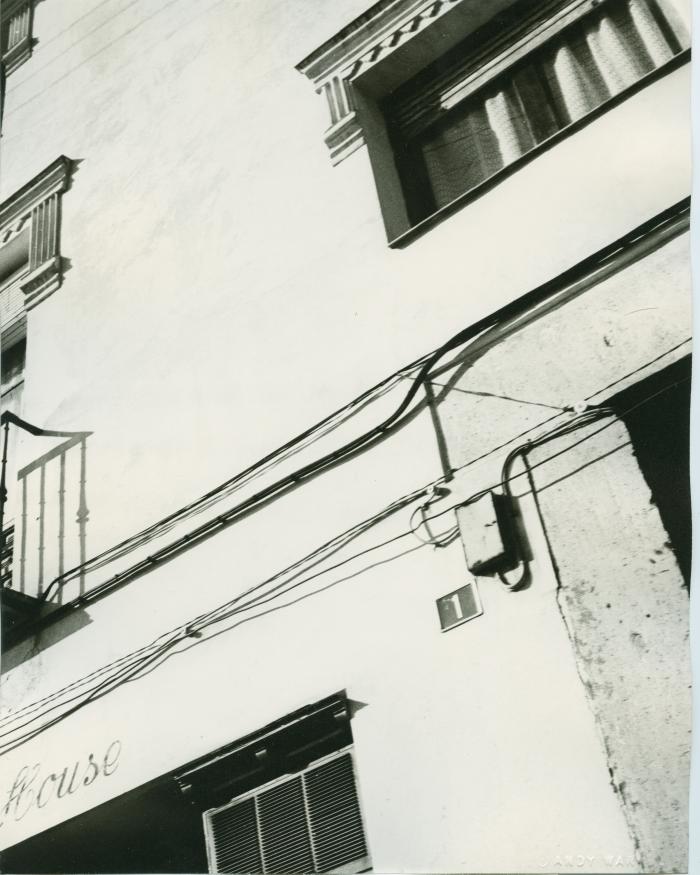 [ The exterior of a white building is photographed from below and fills the entire frame. Power lines cut across the center of the wall. Small windows line the wall on either edge of the frame. ]