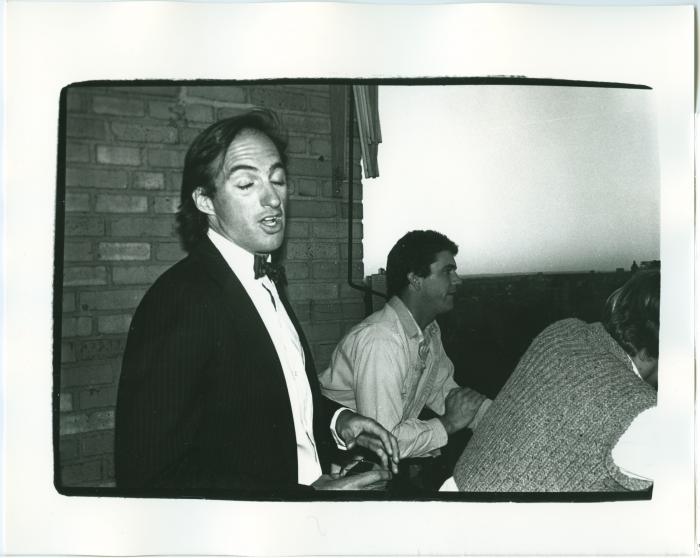 [ Three people are photographed in a room with brick walls and a projector screen. The person standing closest to the camera wears a tuxedo and is photographed with eyes closed and mouth open while speaking. The other two people are seated further away from the camera. One person wears a knit sweater vest and faces away from the camera while the other seated person wears a white button-down shirt and faces the right of the frame. ]

Actor born in New York State and immigrated to Australia in 1968.

Australian actor and director whose breakout performance was the leading role as Archy     Hamilton in the 1981 film Gallipoli.