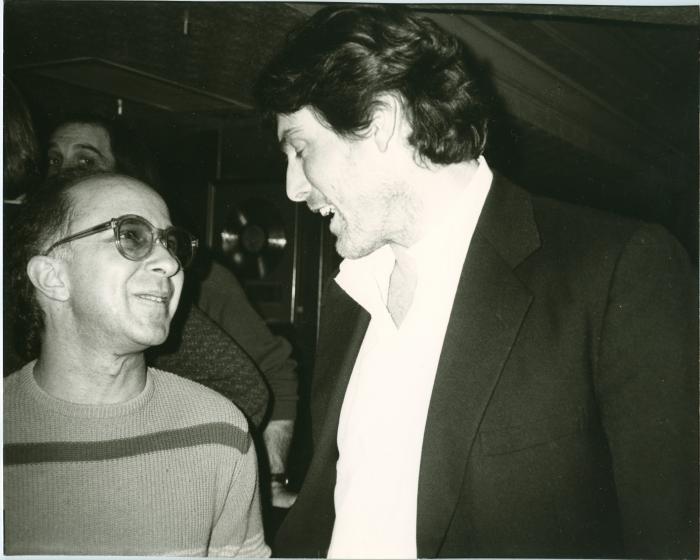 [ Two people are photographed from the torso up while mid-conversation. The taller person on the right wears a white shirt and dark suit jacket and appears to be talking. The shorter person on the left wears a striped shirt and round, tinted glasses and looks at the other person. ]

Musician whose career began in 1972; worked on Broadway and on “Saturday Night Live” from 1975 to 1980; currently bandleader on “The Late Show with David Letterman.”
–Andy Warhol: Portraits from the Warhol Photographic Legacy Program