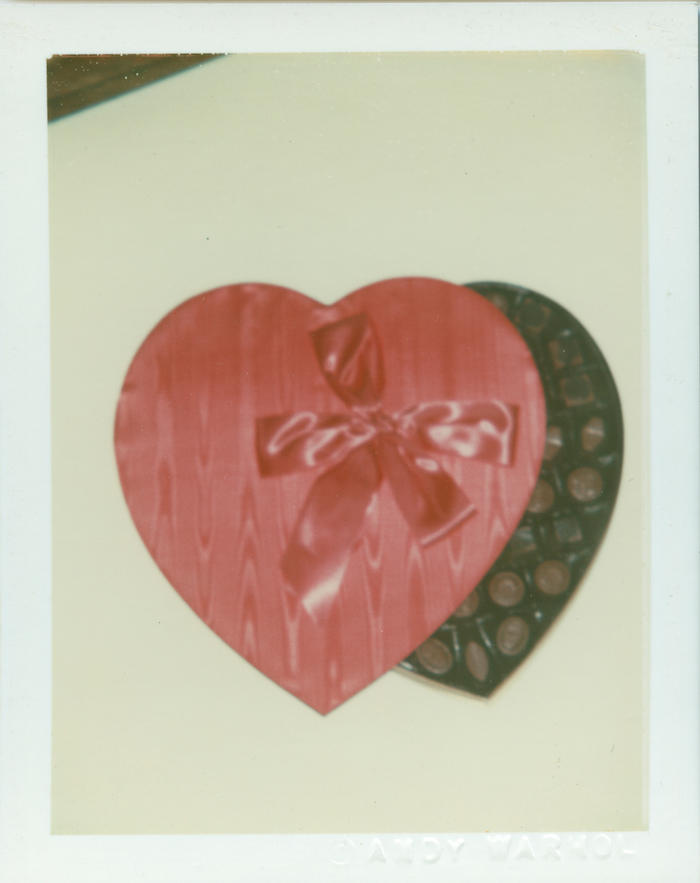 [ A red heart-shaped box of chocolates with a red bow on top lays slightly open atop a white surface. ]

Affinities and Outliers: Highlights from the University at Albany Fine Art Collections

Andy Warhol (1928–1987, American) pioneered the development of the screenprint process by enlarging and transferring photographic images onto paper and canvas. The technique enabled the artist to create his iconic works that integrated mass-media and advertising images of Campbell’s Soup cans, Coca-Cola bottles, and faces of celebrities— many of whom he photographed himself. Warhol worked in multiple mediums simultaneously. He made drawings and used a film camera to spontaneously record all that caught his attention. He strove to document every moment of his life, creating a remarkable visual diary in which he captured the faces of the rich and famous, the glittering New York disco scene, his domestic life, and glimpses of his world travels. He had a love affair with Polaroids as well as black-andwhite photography that began in 1976, when he picked up an easy-to-use Minox 35EL camera—it became his constant companion until his death at age fifty-eight. In keeping with his obsessive nature, Warhol made between 60,000 and 100,000 snapshots and Polaroids in his lifetime.
–Affinities and Outliers: Highlights from the University at Albany Fine Art Collections

Prints created in 1983 for Warhol’s personal collection, which were given as holiday gifts to Warhol’s circle of friends.