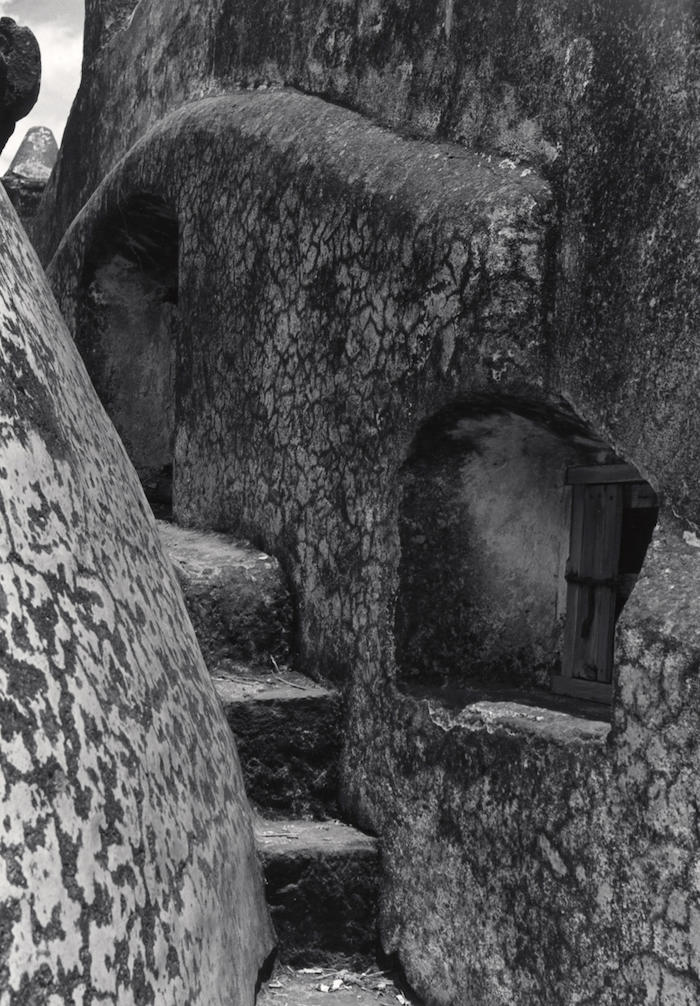 [ A photograph in black and white. A set of narrow stairs are set between two weathered stone buildings. A small, rounded window is set within the wall of the building on the right. ]

Affinities and Outliers: Highlights from the University at Albany Fine Art Collections

Manuel Álvarez Bravo (1902–2002, Mexican) was one of the most renowned Mexican artists of the twentieth century. His work not only became a significant part of but also expanded the canon of black-and-white photography. His oeuvre shares the visual vocabulary of the North American photographers included in Affinities and Outliers such as Edward Steichen and Elliott Erwitt. He was particularly influenced by indigenous cultures of Mexico, but remained open to artistic influences from outside his country. Working alongside artists such as Frida Kahlo and José Clemente Orozco, Bravo’s portraiture and landscapes draw from pictorial, surreal, and documentary photography. Encompassing a wide breadth of subject matter, the artist’s series of fifteen black- and-white works exemplify Bravo’s ability to transcend culture, time, and place.
–Affinities and Outliers: Highlights from the University at Albany Fine Art Collections

Manuel Álvarez Bravo is considered one of the most significant figures in the history of photography and one of the great Mexican artists of the twentieth century. Like his contemporaries––Diego Rivera, José Clemente Orozco, David Alfaro Siqueiros––he was influenced by the indigenous culture of Mexico throughout his career, but also remained open to artistic influences outside his country. In his work he combined elements of Pictorialist photography, Modernist abstraction, surrealism, and documentary photography, creating an art that transcended culture, time, and place. Many of his photographs of the Mexican landscape reflected his recurrent themes, such as sympathy for the working class, an air of mystery, a sense of the surreal, and a preoccupation with death.