Peter Turnley is renowned for his photography of the realities of the human condition. His photographs have been featured on the cover of Newsweek 43 times and are published frequently in the world’s most prestigious publications. He has worked in over 90 countries and has witnessed most major stories of international geo-political and historic significance in the last thirty years. His photographs draw attention to the plight of those who suffer great hardships or injustice. He also affirms with his vision the many aspects of life that are beautiful, poetic, just, and inspirational.

Turnley’s photographs have been featured in Newsweek, Harper’s, Stern, Paris Match, Geo, LIFE, National Geographic, The London Sunday Times, VSD, Le Figaro, Le Monde, New Yorker, and DoubleTake. Peter Turnley worked on contract for the Newsweek Magazine from 1986-2001 and as a contributing editor/photographer with Harper’s Magazine from 2003-2007. His work is frequently published in photo essay form in magazines, on major television networks such as CNN, ABC’s “Nightline”, and in online publications, such as The Online Photographer. Turnley’s photographs have been published the world over and have won many international awards including the Overseas Press Club Award for Best Photographic Reporting from Abroad, numerous awards and citations from World Press Photo, and the University of Missouri’s Pictures of the Year competition.

Turnley has photographed most of the world’s conflicts of the last decade including the Gulf War-1991, the Balkans (Bosnia), Somalia, Rwanda, South Africa, Chechnya, Haiti, the Israeli-Palestinian conflict, Indonesia, Afghanistan, Kosovo, the war in Iraq-2003, and also maintains an ongoing documentation of the major refugee populations of the world. He witnessed the fall of the Berlin Wall and the revolutions in Eastern Europe in 1989, the liberation of Nelson Mandela and the end of apartheid in South Africa. He was in New York at “Ground Zero” on Sept 11, 2001, New Orleans during the aftermath of hurricane Katrina, Haiti after the tragic earthquake of 2011, and Egypt during the toppling of Hosni Mubarak in 2011. He is currently working on a long-term project on daily life in Cuba, “Cuba-A Grace of Spirit”. Turnley has produced portraits and covered many of the modern world’s most influential people: Obama, Gorbachev, Yeltsin, Putin, Mandela, Arafat, Schroeder, Ceausescu, Gaddafi, Chirac, Clinton, Reagan, Bush Sr, Lady Diana, and Pope Jean Paul II among others.

Since 1975, Turnley has also continually photographed the life of Paris, his adopted home. Turnley was born in the U.S., but has lived more than half his life in Paris. His tender, humorous, and sensual view of Paris, offers distinct contrast to the stark realities depicted in his photojournalism. He has photographed the extensively the life of Paris these past 35 years. Turnley worked as the assistant to the famous French photographer Robert Doisneau in Paris in the early 1980’s.

A graduate of the University of Michigan, the Sorbonne of Paris, and the Institut d’Etudes Politiques of Paris, Turnley has received Honorary Doctorate degrees from the New School of Social Research in New York and St. Francis College of Indiana. He received a Nieman Fellowship from Harvard for the academic year 2000-2001.

He presently lives in both New York and Paris, and has previously published six books of his work: French Kiss – A Love Letter to Paris, Beijing Spring, Moments of Revolution, In Times of War and Peace, Parisians, and McClellan Street. 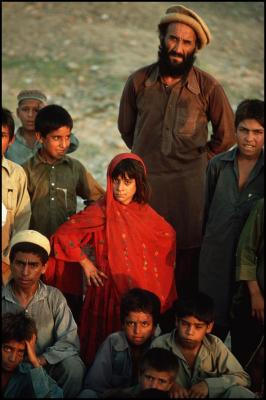 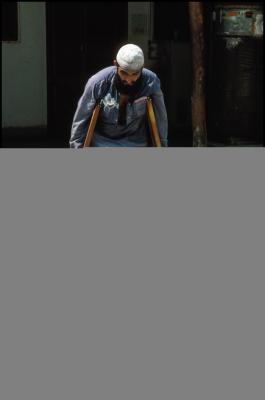 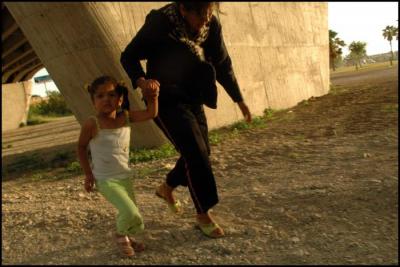 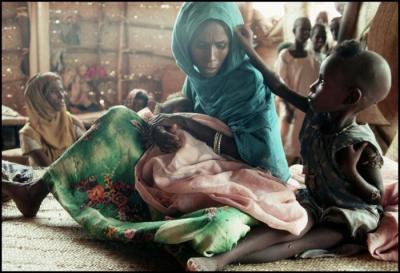 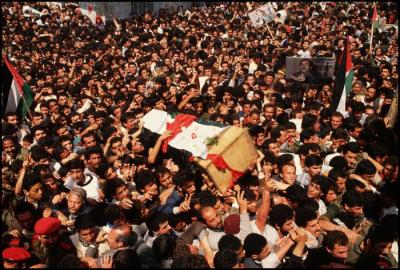 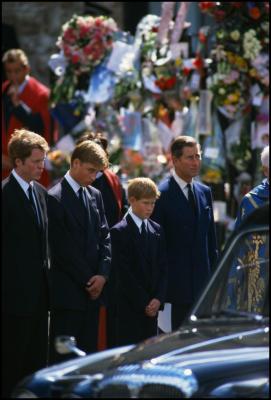 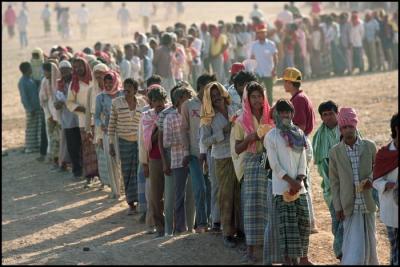 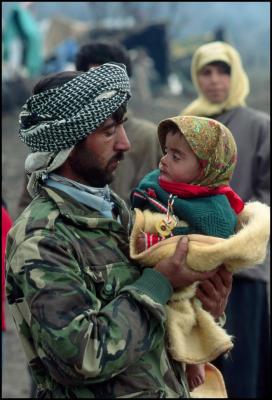 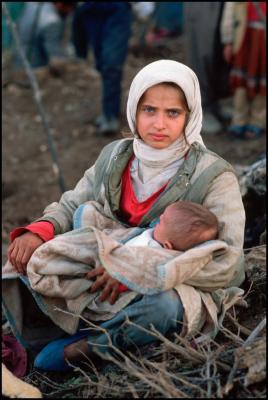 Kurdish Refugees near the end of the Gulf War Southern Turkey, 1991 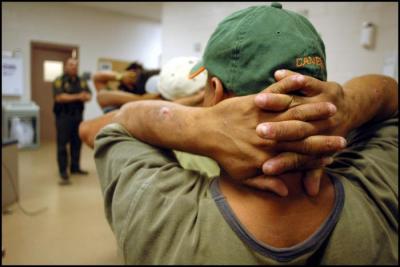 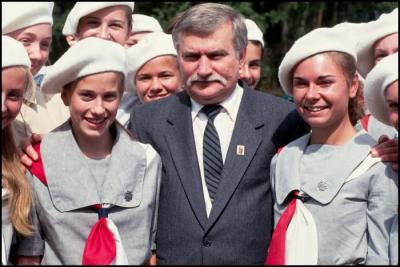 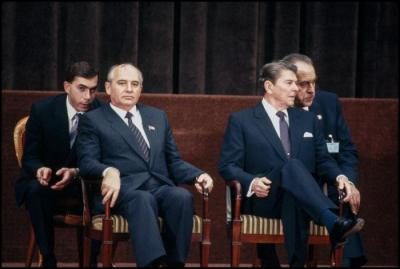 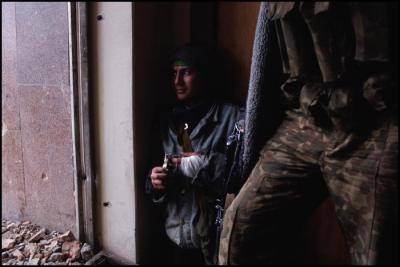 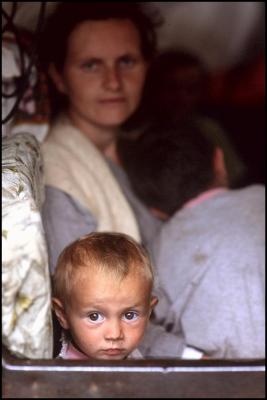 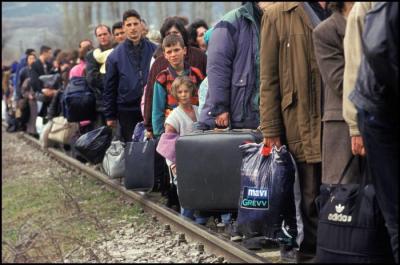 Refugees from the War in Kosovo, Macedonia, 1999 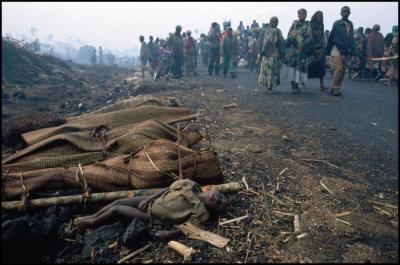 Refugee Victims of Cholera During Exodus from the Rwandan Genocide Crisis, 1994 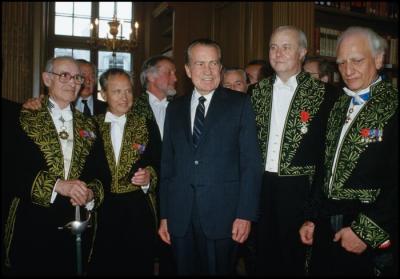 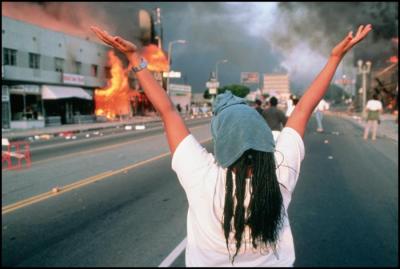 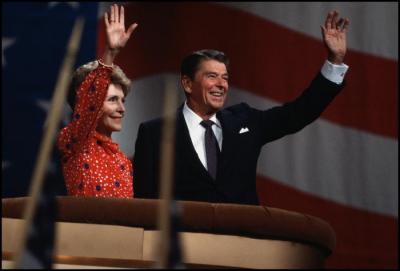 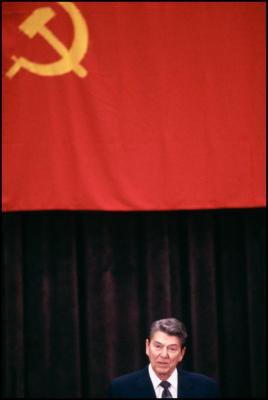 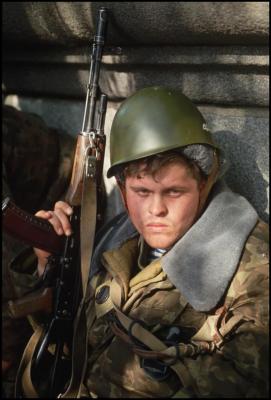 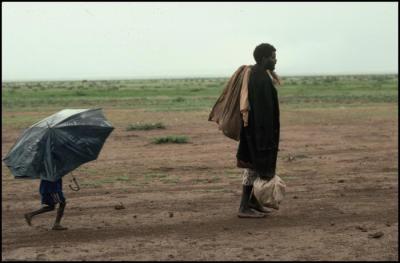 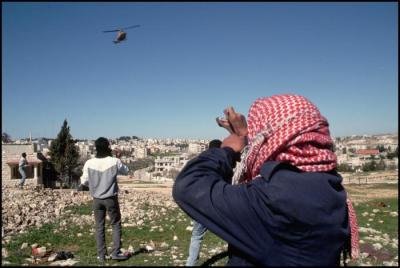 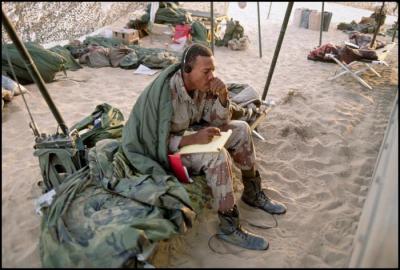