Brian Tolle's sculptures and installations emphasize a formal and iconographic dialog with history and context. Architecture, site and technology are recurring themes. Using a variety of media, his work draws from the scale and experience of its surroundings, provoking a re-reading by cross-wiring reality and fiction. Drawing ideas from a broad-based conceptual analysis Tolle blurs the border between the contemporary and the historical. His approach involves in depth research, which is then distilled and directed creating an intuitive personal response.

Brian Tolle's work has been exhibited in the Whitney Biennial, Liverpool Biennial at the Tate Modern, Kunsthalle Bern, Switzerland, the S.M.A.K. in Ghent, Belgium, Institute of Contemporary Art, Philadelphia; Contemporary Arts Center, Cincinnati; the Queens Museum of Art, New York, Havana Biennial, Cuba, the Invitational Exhibition at the American Academy of Arts and numerous other institutions. He is the recipient of awards from the Irish American Historical Society, the Louis Comfort Tiffany Foundation, and the Design Commission of the City of New York. His most recent solo show was exhibited at the University Art Museum at SUNY Albany.

Brian Tolle received his BA in Political Science from SUNY at Albany, NY, a BFA from Parsons the New School for Design, NY, and an MFA from Yale University, New Haven, CT. 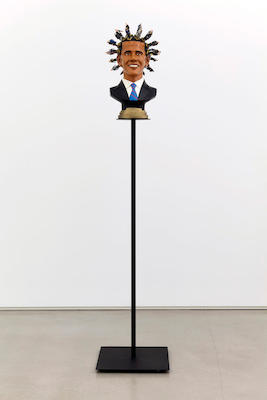